The conceptual framework of our work is the further development of dynamic stratigraphy. This means a process-oriented understanding of sedimentary units on different scales and its applications for predictions in the subsurface.
Characterisation and prediction of reservoir heterogeneities require a process understanding of the sedimentary architecture. We propose a simple, process-based methodology to analyse heterogeneities in a rigorously hierarchical way, moving from the smallest to the largest sedimentary units (particles to basins): Understanding the formative processes of each scale allows to deduce "rules" and predictions on the distribution of heterogeneities. A combination with petrophysical (porosity, permeability, gamma-ray logs) and geophysical tools (3-D georadar) in outcrop should lead to an integrated data set for reservoir modelling from microscopic to seismic scale. 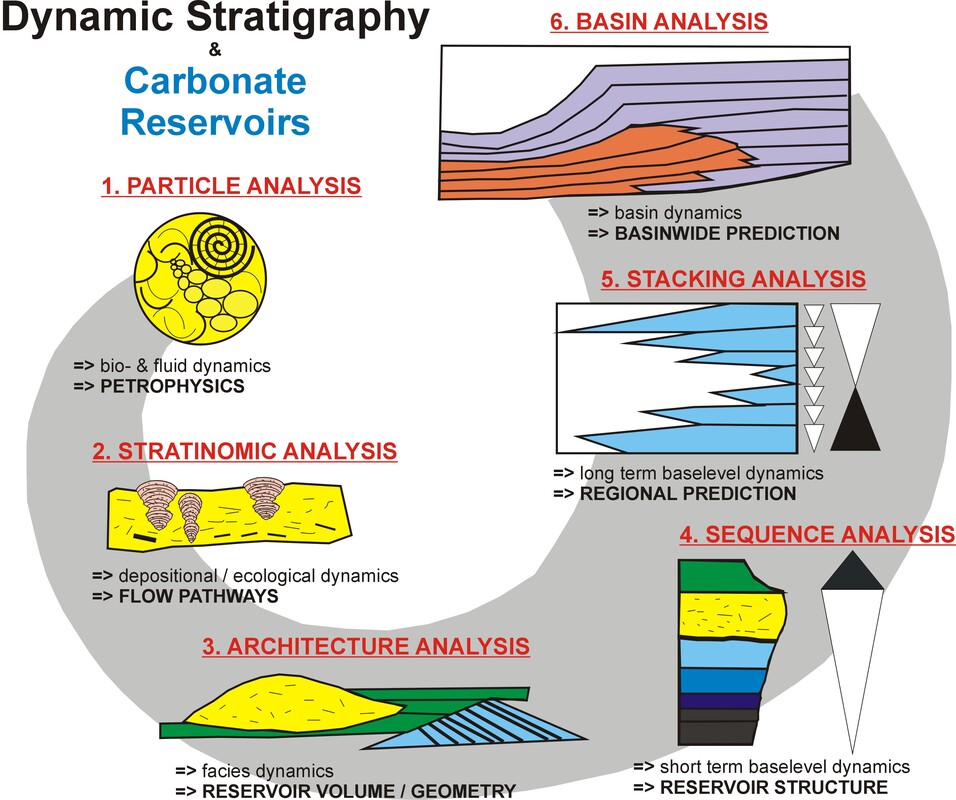